Tucked away in the back of Eira, to be entered through a backyard, lies one of the new gastronomical stars of Helsinki: BasBas – Baskeri ja Basso. Opened in end of 2015, there has been a hype over this place amongst local foodies ever since then, the victim that I am tried to get a table at a non-silly time, which seemed pretty much impossible – so expectations were sky-rocketing by the time I managed to get a reservation confirmed. The place was only opened late in 2015, by a French guy and a Finnish dude. The influence clearly shows in the menu which can’t really be narrowed down to one particular type of food, which makes it all the more interesting. 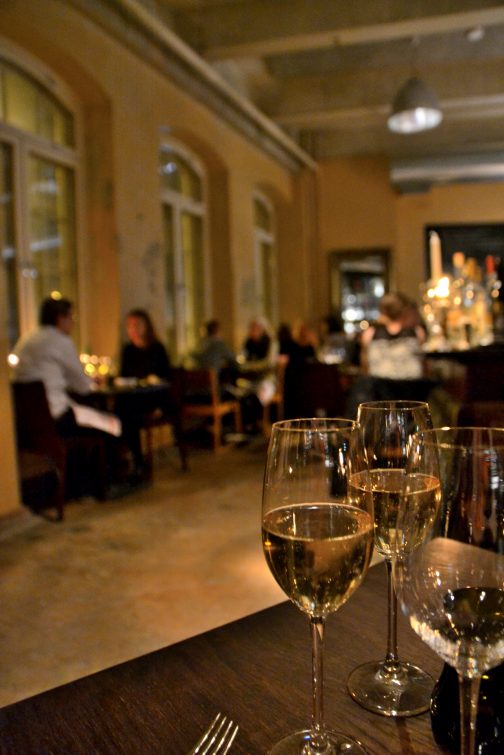 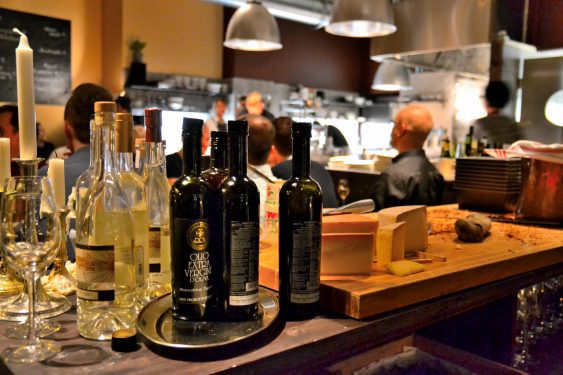 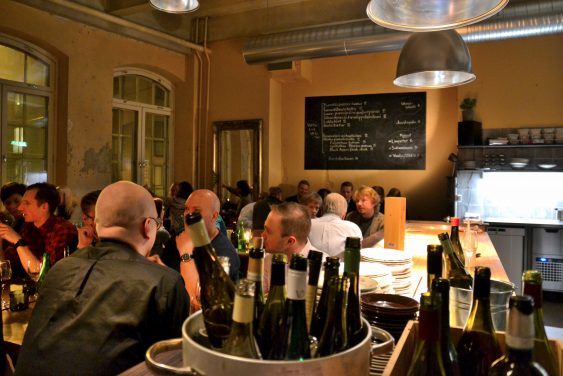 Baskeri ja Basso strikes with its interior, that’s both classy and with a hint of industrial charme, I love the big windows and the soft, warm lighting. Despite it being a regular Wednesday evening and rather late, it was absolutely packed and the atmosphere was relaxed (many restaurants in the city would, well, maybe not have been empty, but not as busy). The menu offers a selection of starters and main courses, all at about the same price. The recommendation is to take one of each, if you’re hungry. For two people there’s an offer of 2×2 dishes for 45€ – which is pretty reasonable when you look at the single cost, so you might as well!

The very soft sparkling wine that was a delightful start to the evening. Both vegetarian and non-veggie-options are available, and I believe the menu is changed up once in a while, but the chefs glady whip up something else for you as well, if you can’t find anything on the menu that you find instantly intriguing. The vegetarian by my side opted for the root-vegetable dish, I chose the pike-perch and we ordered a mint-fennel risotto to share. 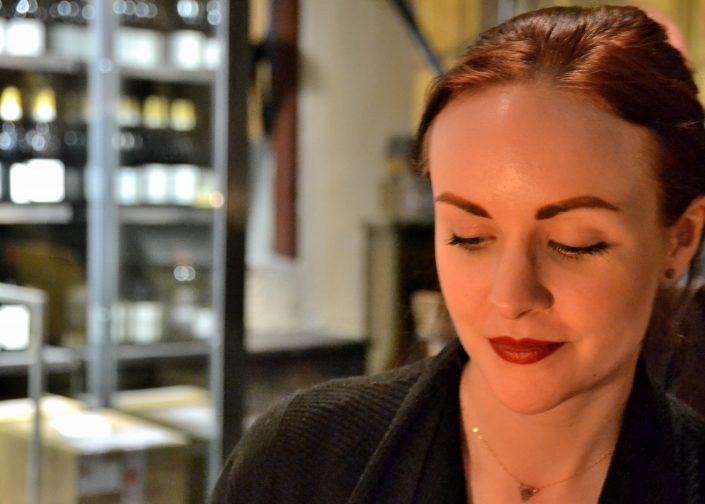 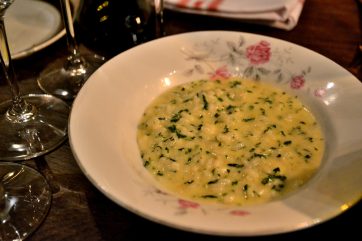 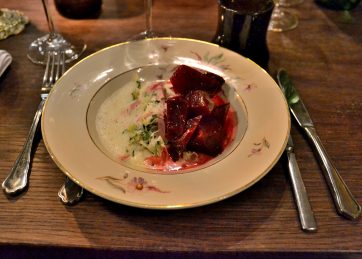 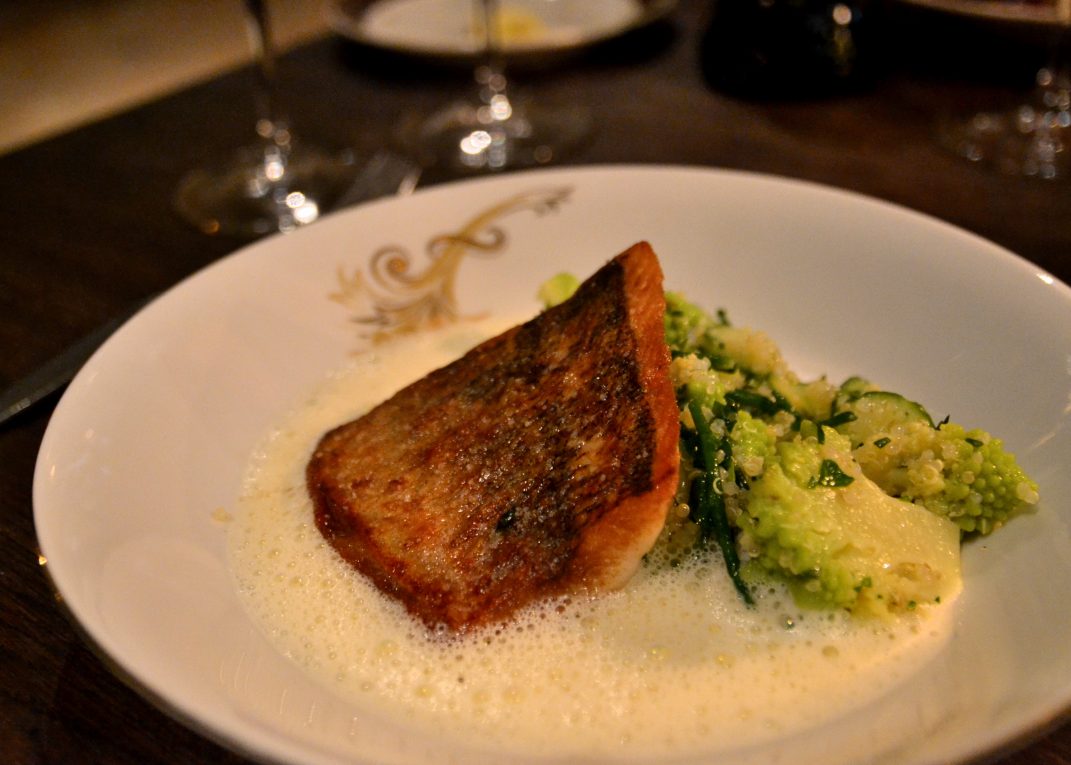 Even though the risotto had been said to be solely a main course option only as well, I’m pretty happy we only had it on the side. If I had only ordered this in addition to a starter, the amount would have been a bit disappointing. The taste was wonderful though, the mint is a surprising feature of a risotto. It tasted slightly sour, was creamy and inspiring to make more risottos again myself! My pike-perch dish came with a salad of different cabbages, cucumber and quinoa – which totally blew my mind (I acutally tried to recreate it during the next week and epically failed) – so did the fish, both tasted absolutely amazing with the warm dressing or sauce. Lately I had the pleasure of tasting quite many dishes involving pike-perch, but this still stands out to me and makes me smile when I think about it. Missing is a picture of the lime posset dessert and the cheese platter (can I get the blackcurrant jam anywhere that came with it, please?) – which was full of taste as well. 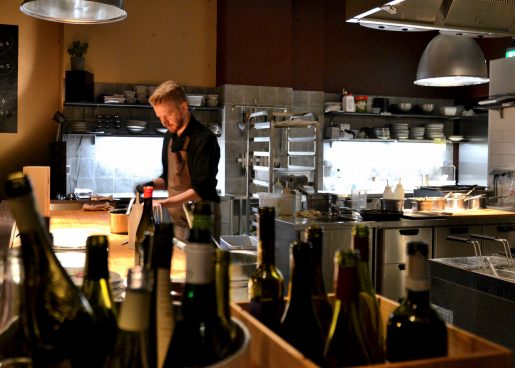 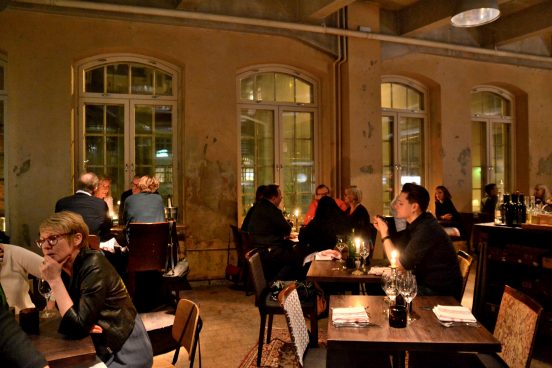 Baskeri ja Basso is a cozy neighbourhood gem that I can warmly recommend to try. If you like fine food in a casual atmosphere, this is the place for you. Make sure to reserve WELL in advance, or you might be disappointed. In summary, had there been more of the risotto, I probably would still feel a bit differently about the place. The amount for a 12€ main dish was a bit silly. Nonetheless, the pike perch and the side made up for that initial perplexed moment and I want to come back and eat all the things.
Address: Tehtaankatu 27-29
Reservation needed?! HELL YES 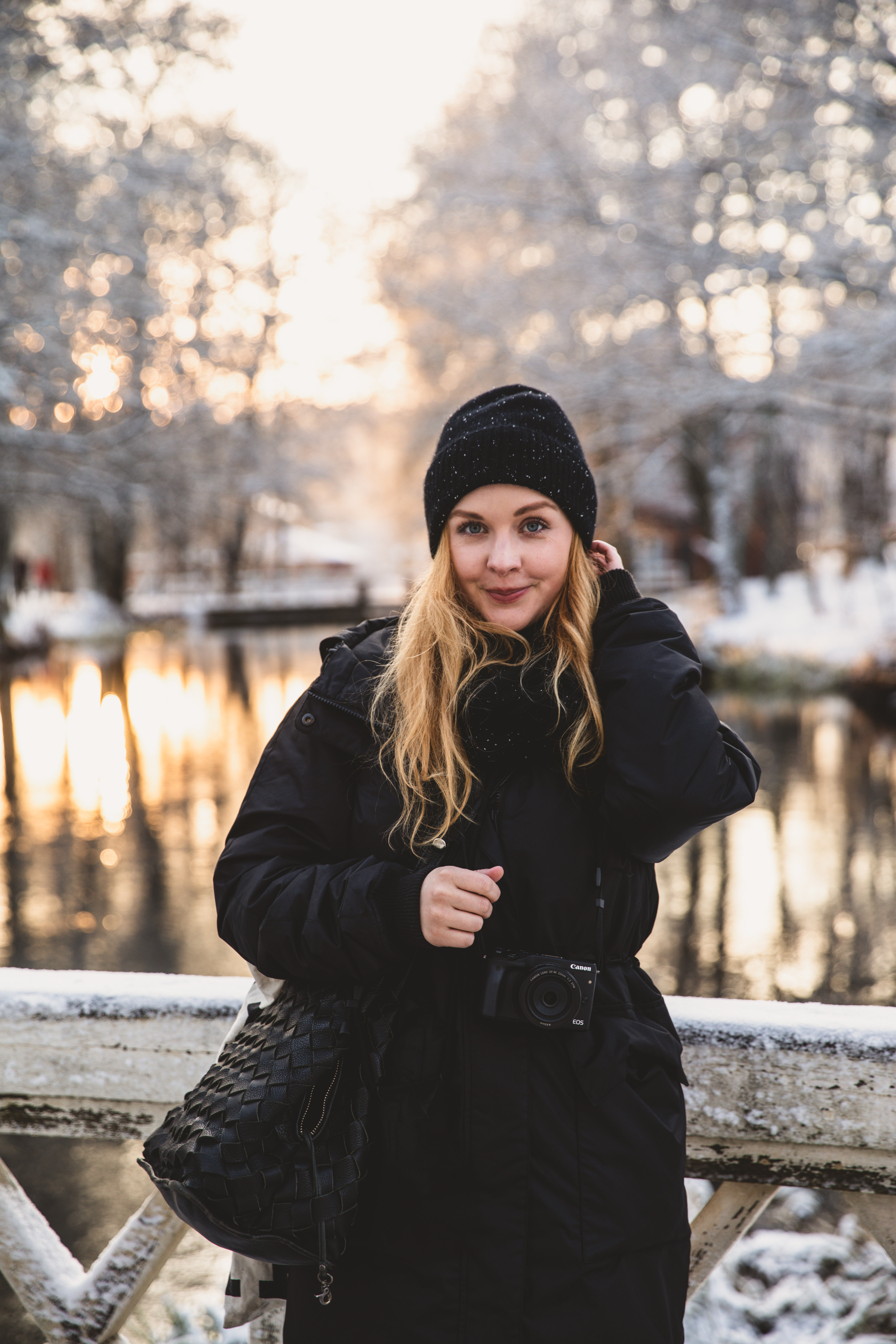