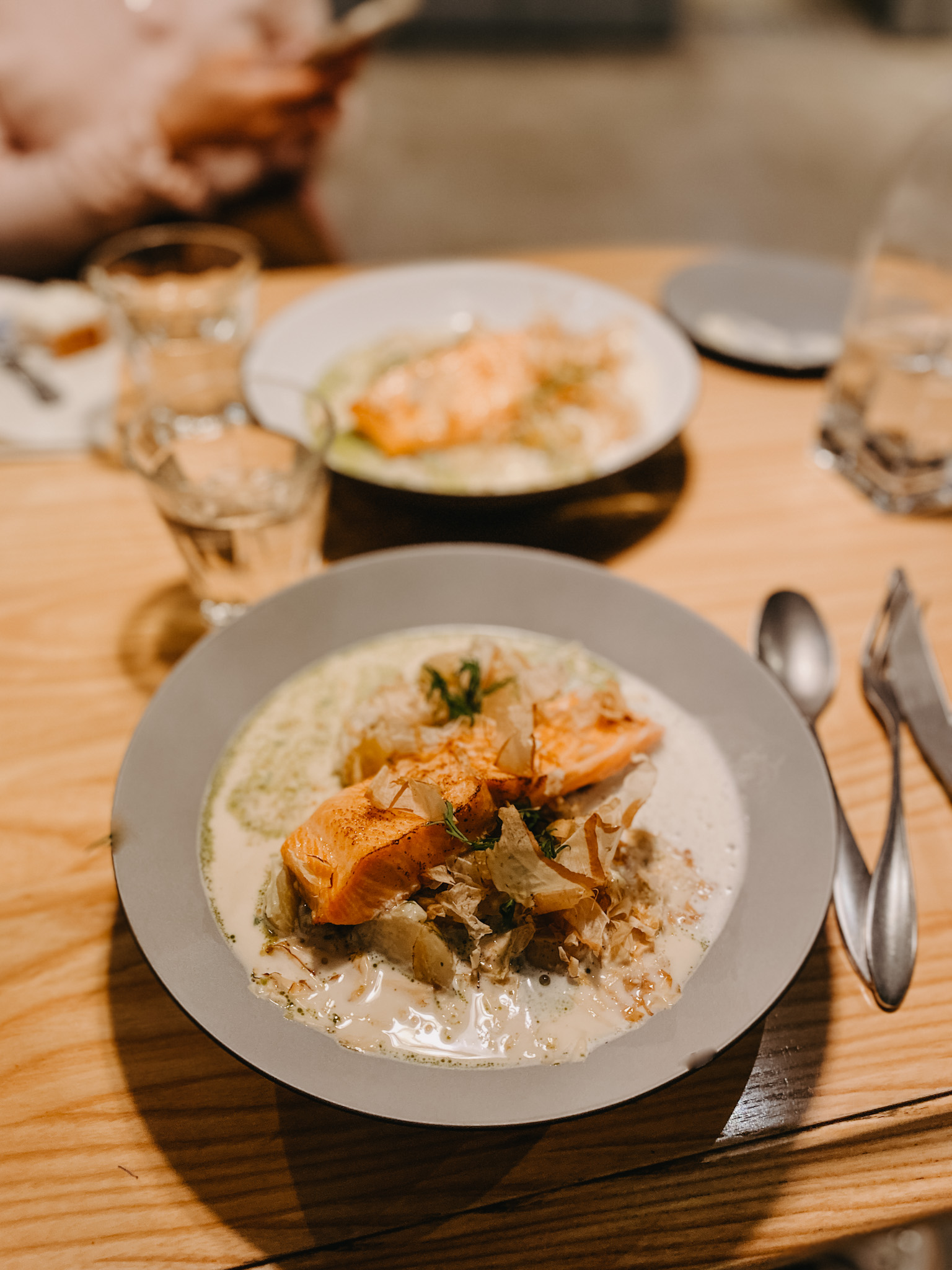 Map overview of the best Finnish restaurants in Helsinki

Good to know about Finnish restaurants & Restaurants in Finland

Finnish food is simple and straight forward. Historically, not much was growing in Finland and there wasn’t much in terms of spices, so seasoning remained fairly plain. Finns have had to perfect the way to cook their ingredients to perfection without adding too much, and really cherish their own flavour. So don’t expect an explosion of exotic flavours, but find the beauty in the simple things.

Fish is an important part of Finnish cuisine, reindeer and elk meat are well-known traditional dishes, but in modern every day life not as present as you’d think. Potatoes and grains are just as important as root vegetables (such as celeriac, carrots and parsnip) are resistant to cold and grow in harsh conditions, so you find those a lot as well, especially in the colder season.

In the summer and autumn, there is an abundance of berries, mushrooms, rhubarb, apples and much more.

Salmon soup – Lohikeitto – the humble Finnish salmon soup is creamy, and full of potatoes and carrots. It’s a delicious classic you can get anywhere, but see the last point of this blog post for the best salmon soup in Helsinki!

Pan-fried fish – Paistettua kalaa – a year-round favourite are the freshwater fish from the lakes. These could be pike-perch (Ahven), whitefish (Siika(, pike (Hauki) or Arctic char (Nieriä), amongst others.

Fried vendace – Muikku – the small fish is popular from the markets or traditional restaurants. You eat it whole, often with a garlic dip and mashed potatoes.

Blinis – Blinit – the Finnish variant of Blinis is made from buckwheat flour and baked thick in cast-iron forms. Served with smetana (similar to sour creme) with roe and onion, or anything from reindeer to mushrooms. A seasonal winter dish. See where to get them here.

Pyttipannu – a mix of fried potatoes, meat and sometimes egg is delicious and hearty (and the perfect hangover food)

Pea soup – Hernekeitto – the Finnish pea soup is usually served on Thursdays, and a simple classic.

Cabbage rolls – Kaalikääryleet – usually a mix of minced meat (or mushrooms) and rice, wrapped in cabbage leaves. Served with gravy and lingonberries

Reindeer – Poro – comes in lots of different varieties, sautéed (Poronkäristys) is probably the most common one, as is filet

Elk – Hirvi – less often seen on the menu, but not rare.

Pancakes – Lettu tai pannukakku – Lettu being the thin and more crispy variety, pannukakku the thick pancake that is traditionally baked in the oven. Both are served with whipped cream and jam.

Berries – Marjat – any kind of berries is often found on dessert menus, from blueberries to cloudberries (hilla or lakka). Blueberry pie is much loved, and if you come across cloudberries served with whipped cream – get it – and thank me later.

Finnish cuisine is clean and delicious, and no matter if you are looking for a contemporary modern Finnish restaurant or a traditional, classic experience in one of the restaurants that have been around for a long time – here are all the best Finnish restaurants in Helsinki! 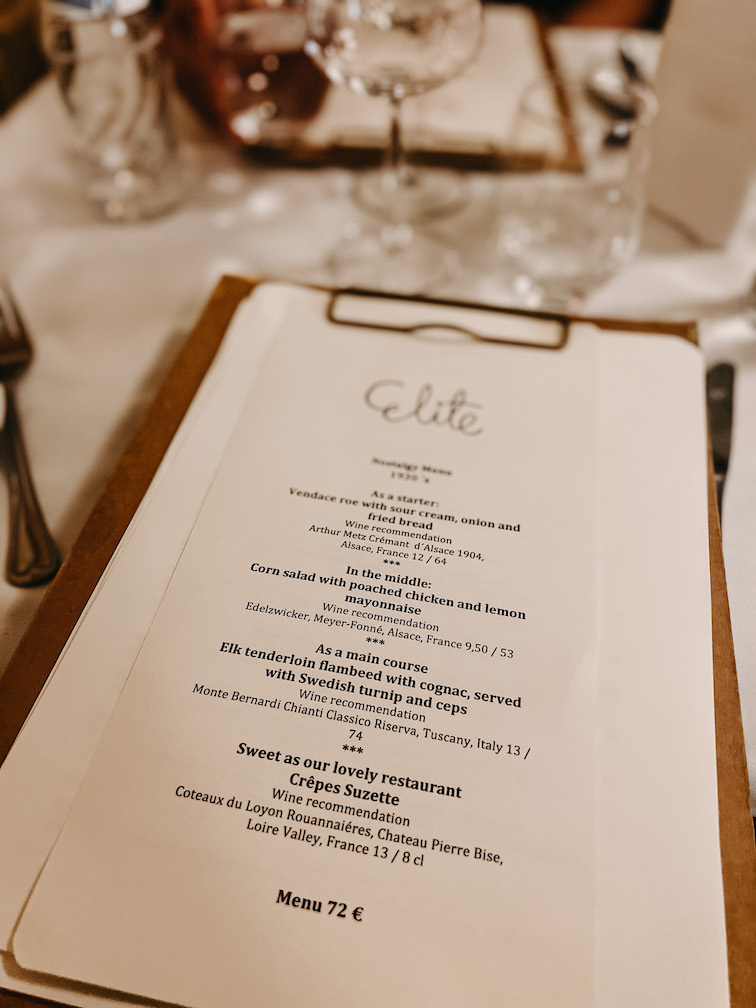 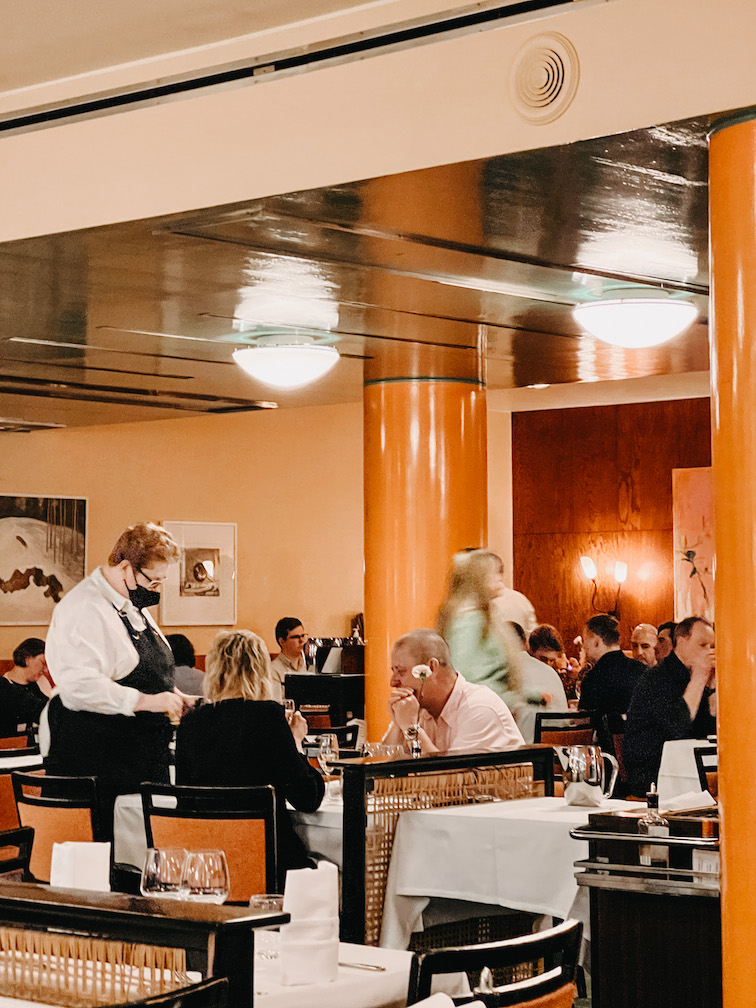 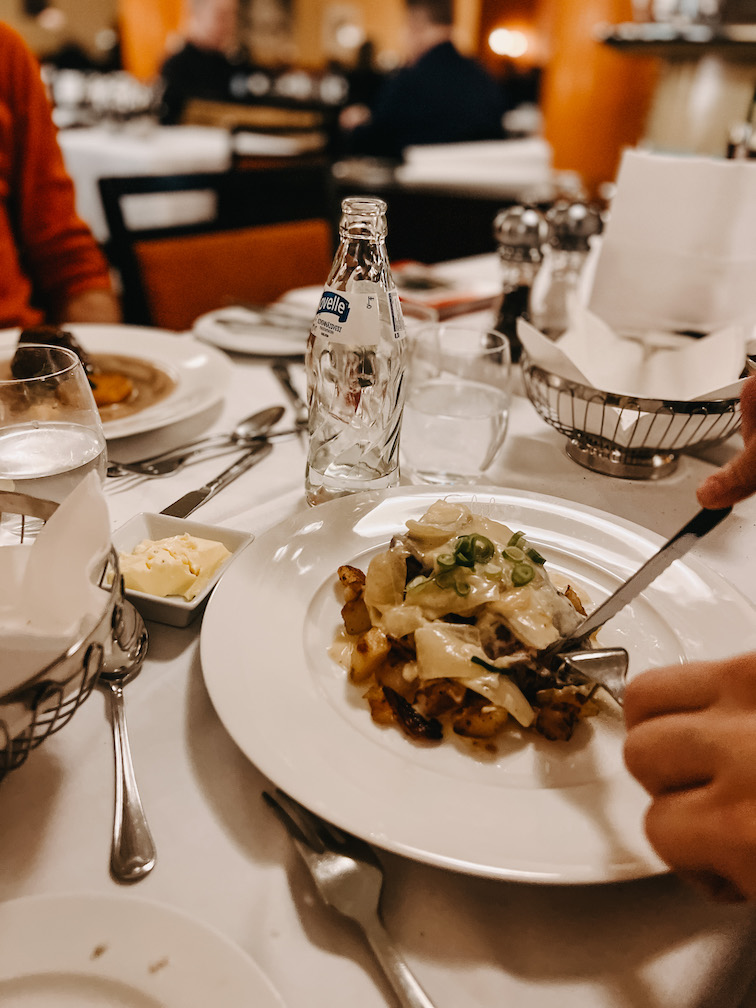 A true classic for a reason, the artist restaurant Elite in the Töölö neighbourhood is possibly one of my favourites of the list and known for being one of the best Finnish restaurants in Helsinki for a reason. The service is wonderful, the classic menus just delicious, and the whole experience was just an absolute delight. It’s a bit of a trip to the 30s and definitely a traditional option. It’s great with kids as well, they are well looked after and when the crêpes or some of the main dishes are flamed nearby the table, it’s great entertainment for everyone. Tip: there’s a secret museum upstairs, where you can for example see the skis of Moomin creator Tove Jansson! 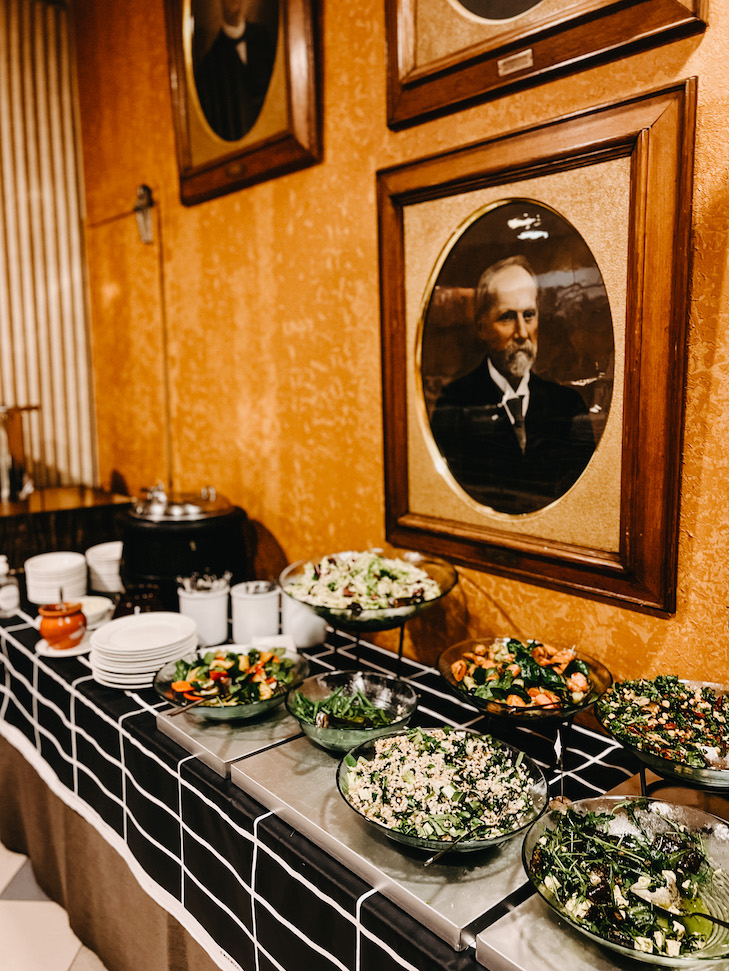 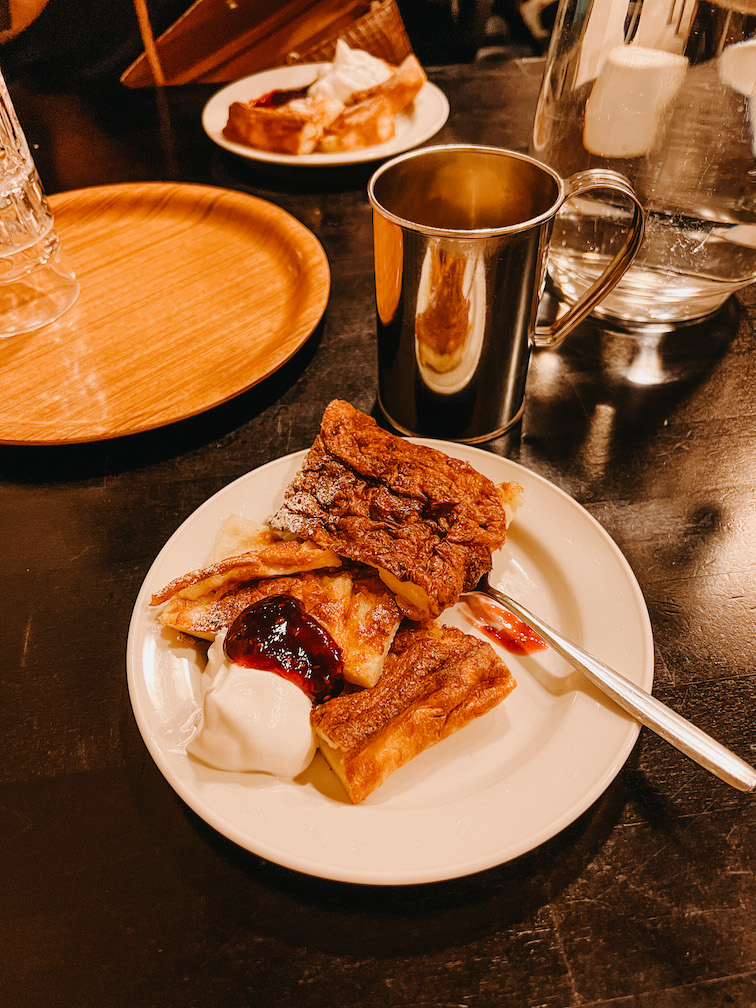 Pompier Albertinkatu is a true neighbourhood gem, that serves a home-style Finnish lunch buffet – and is my favourite choice for the traditional pea soup and pancakes on Thursdays. It takes you back in time to the 50s, the setting is somewhat quirky and stylish at the same time. 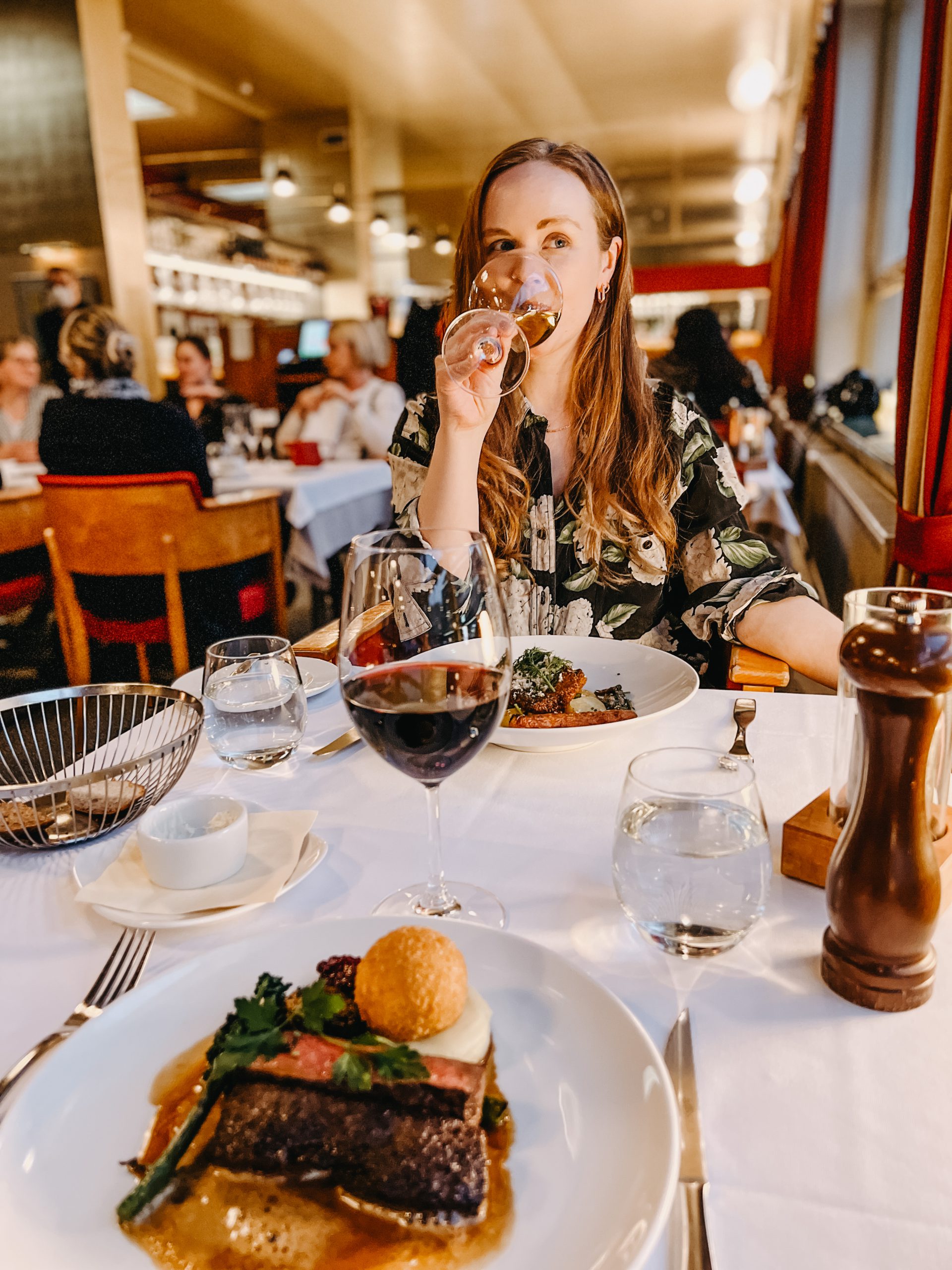 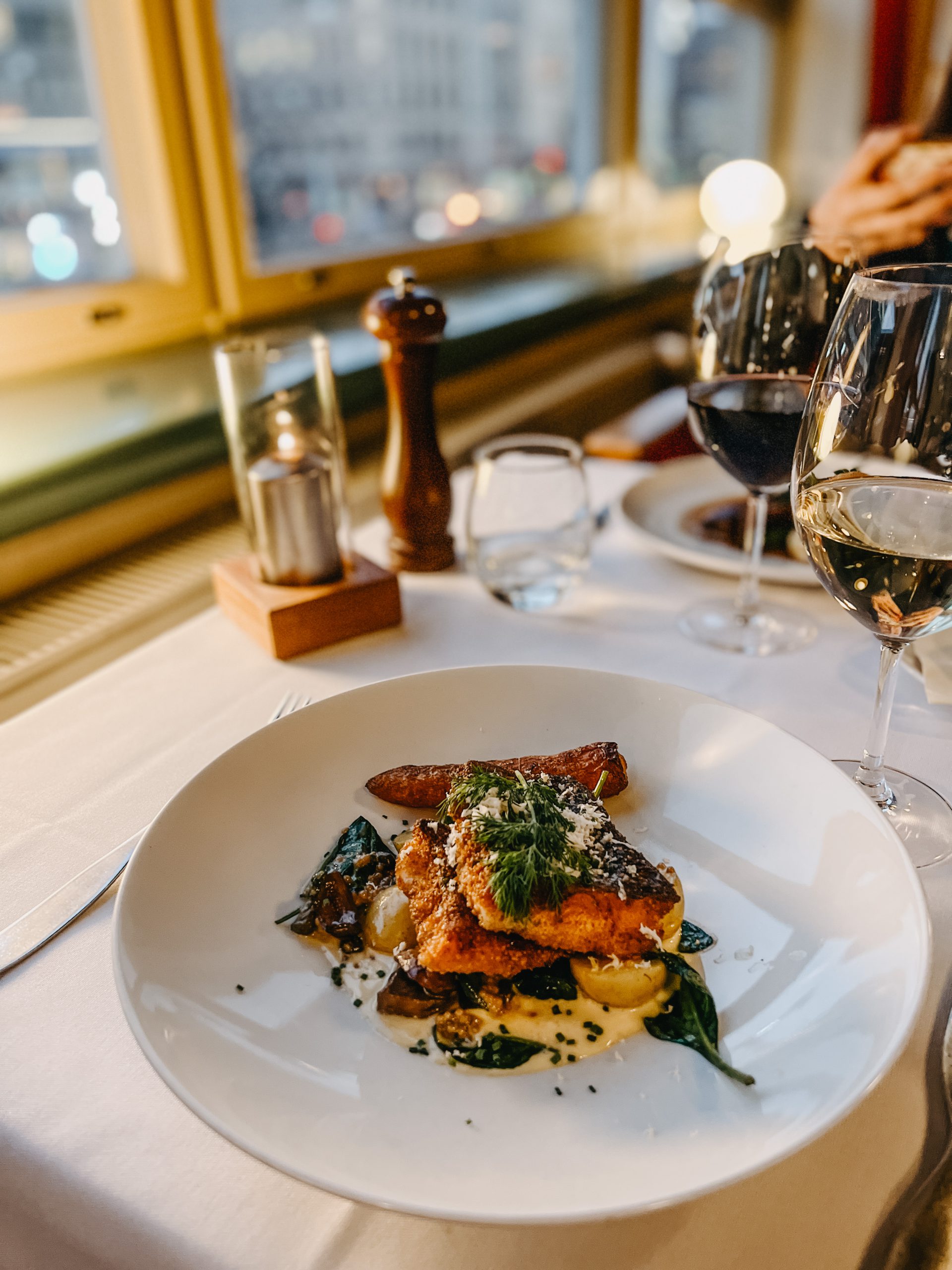 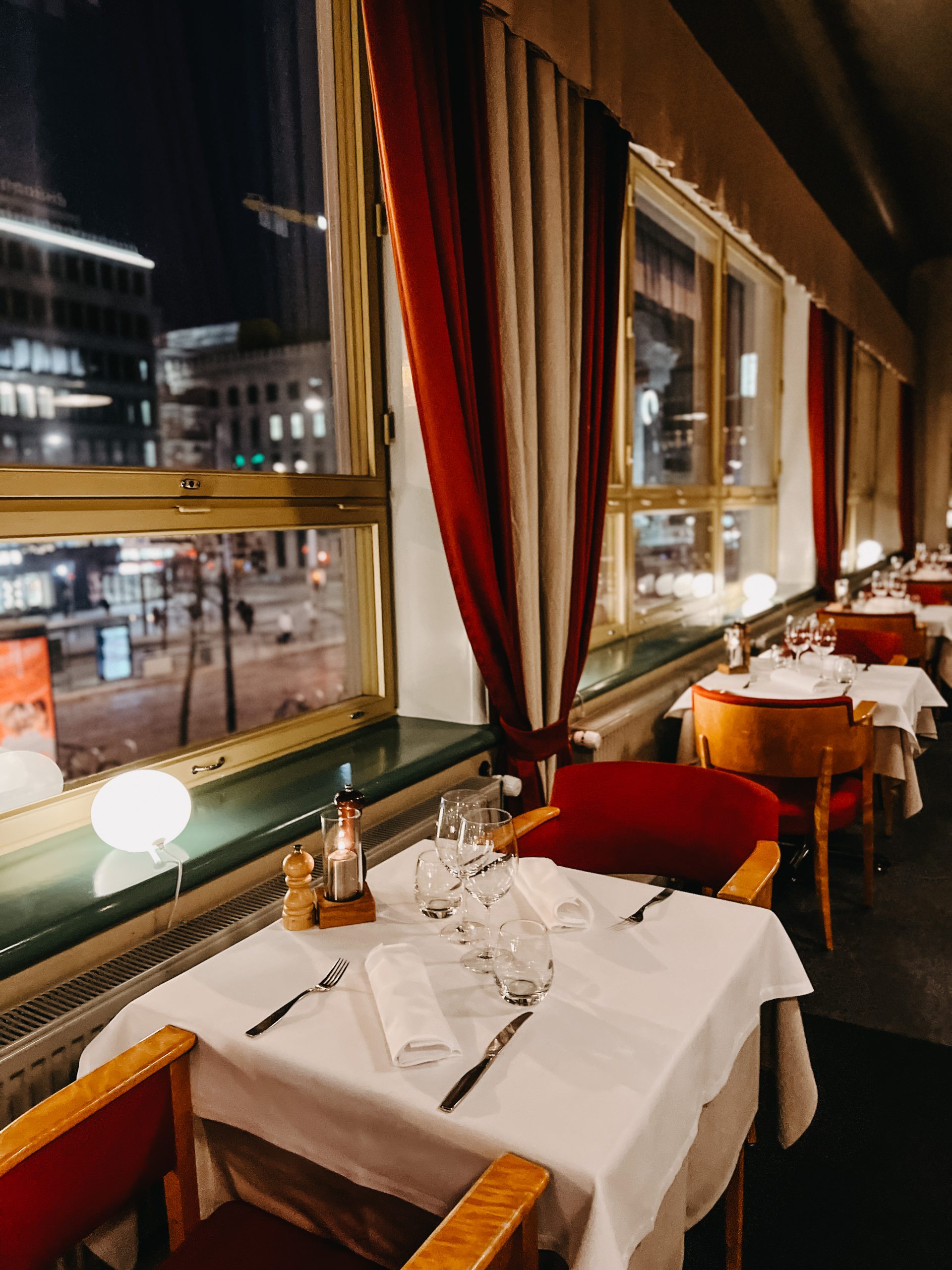 Lasipalatsi restaurant is in the heart of Helsinki and a classic choice when it comes to their menu, and the retro vibes from the iconic functional design of the 30s. Enjoy the menu and watch life go by on one of the busiest streets of the city. A great choice during blini season as well! Attentive and very friendly service, couldn’t recommend it more! 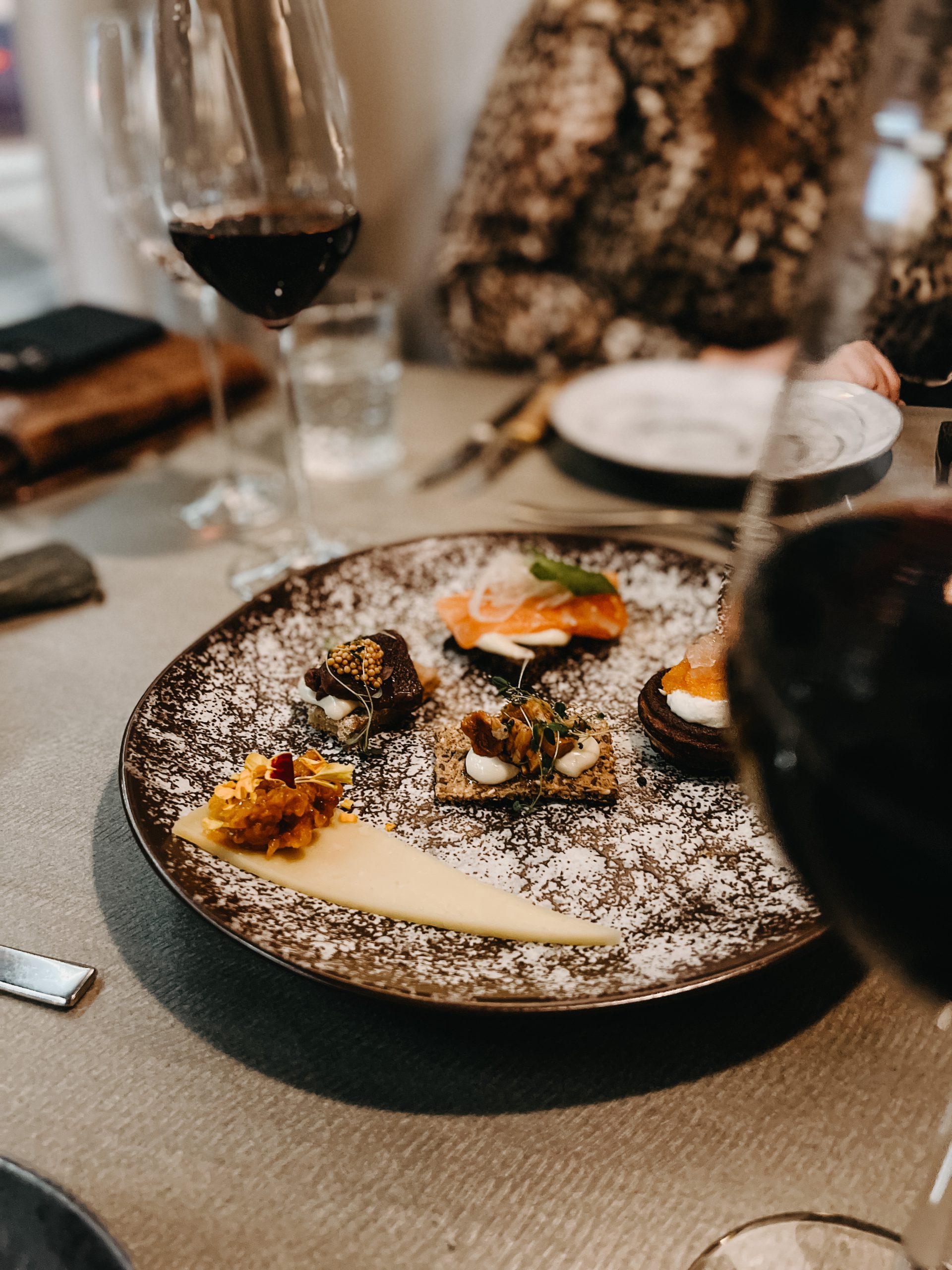 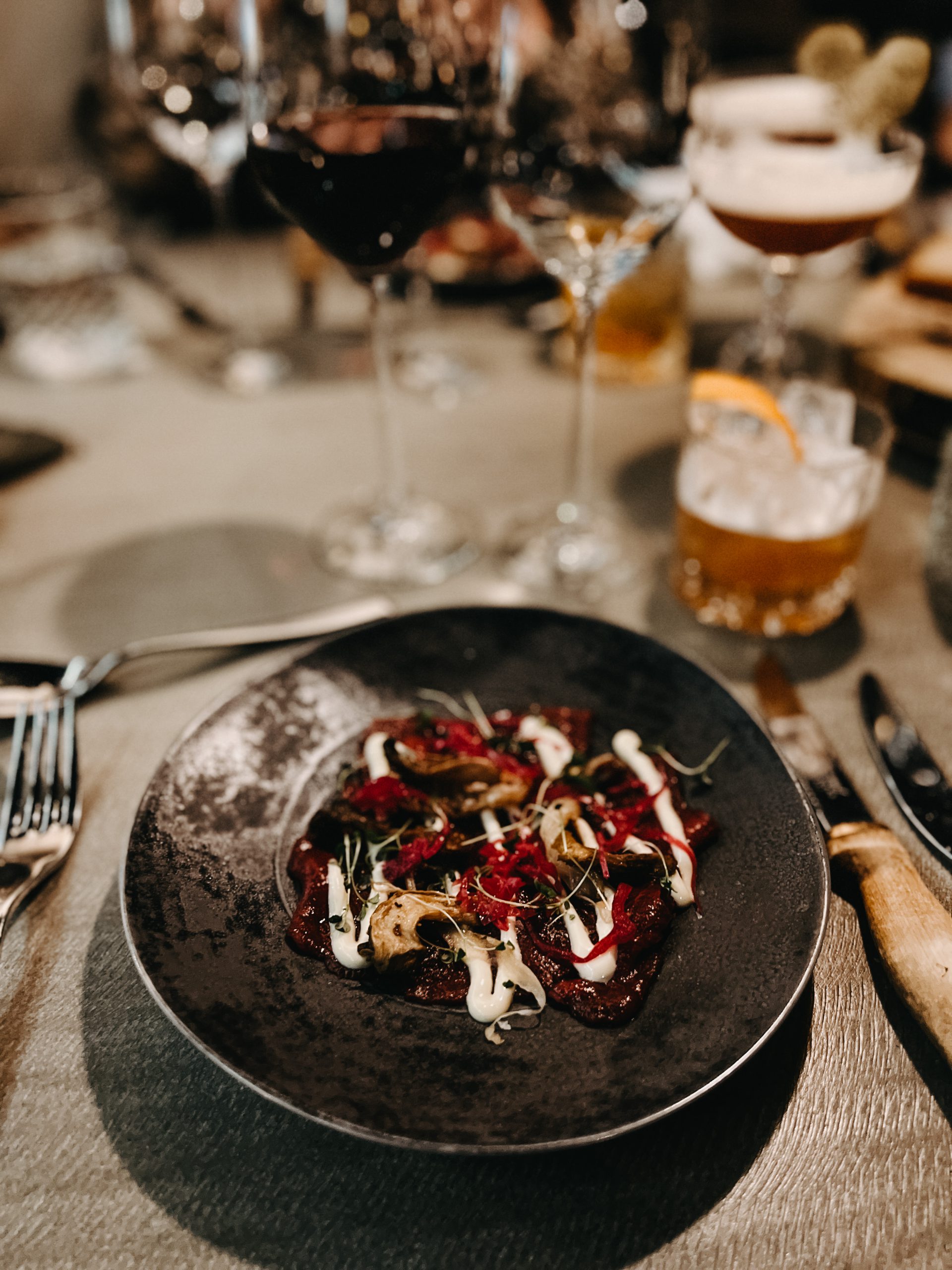 Kulta kitchen is the in-house restaurant of the Lapland Hotel Bulevardi, and a wonderful choice for a contemporary Finnish menu. A modern twist on classic dishes and ingredients, in a very Northern setting, with reindeer hides and wooden decor all around. 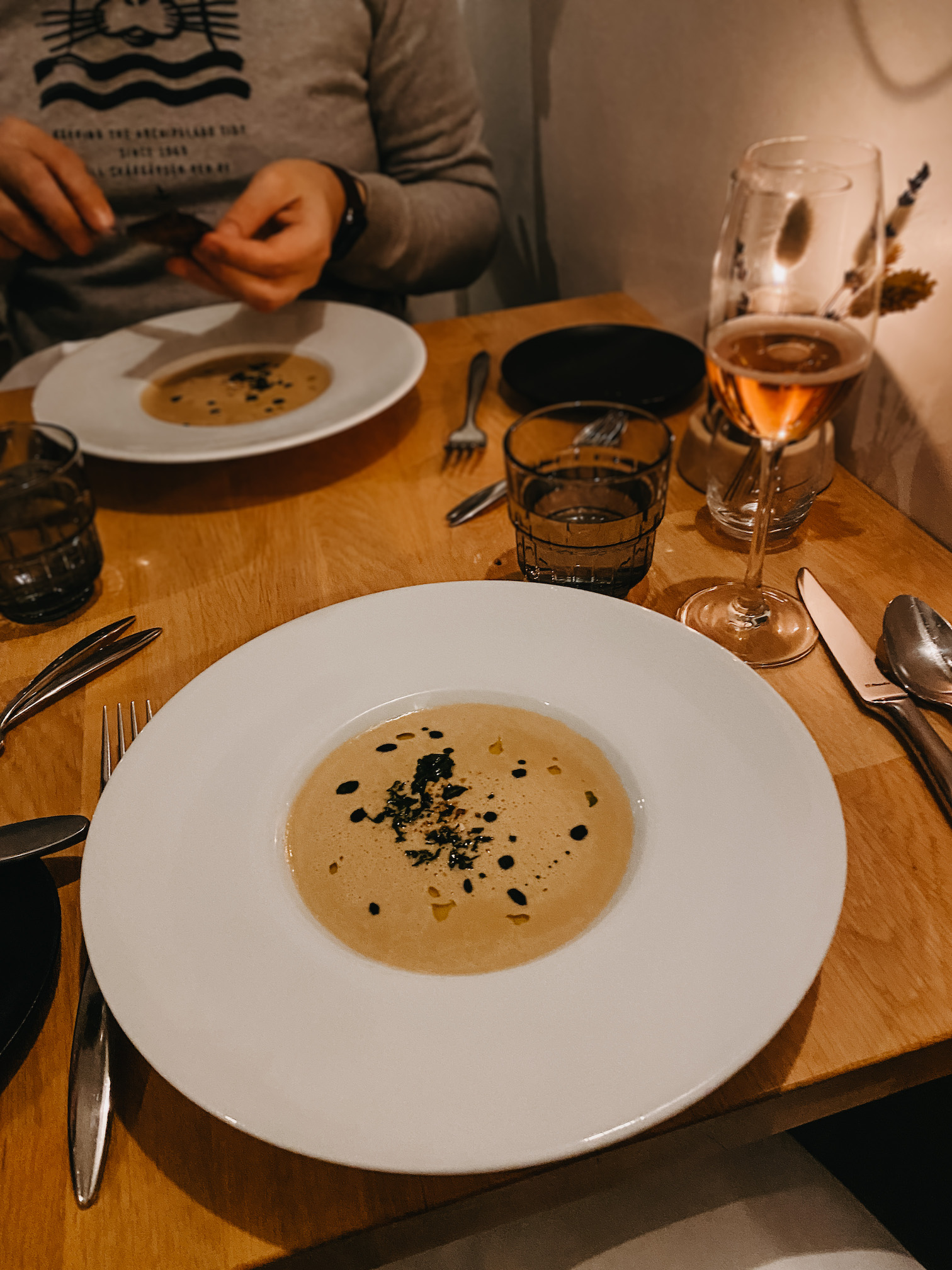 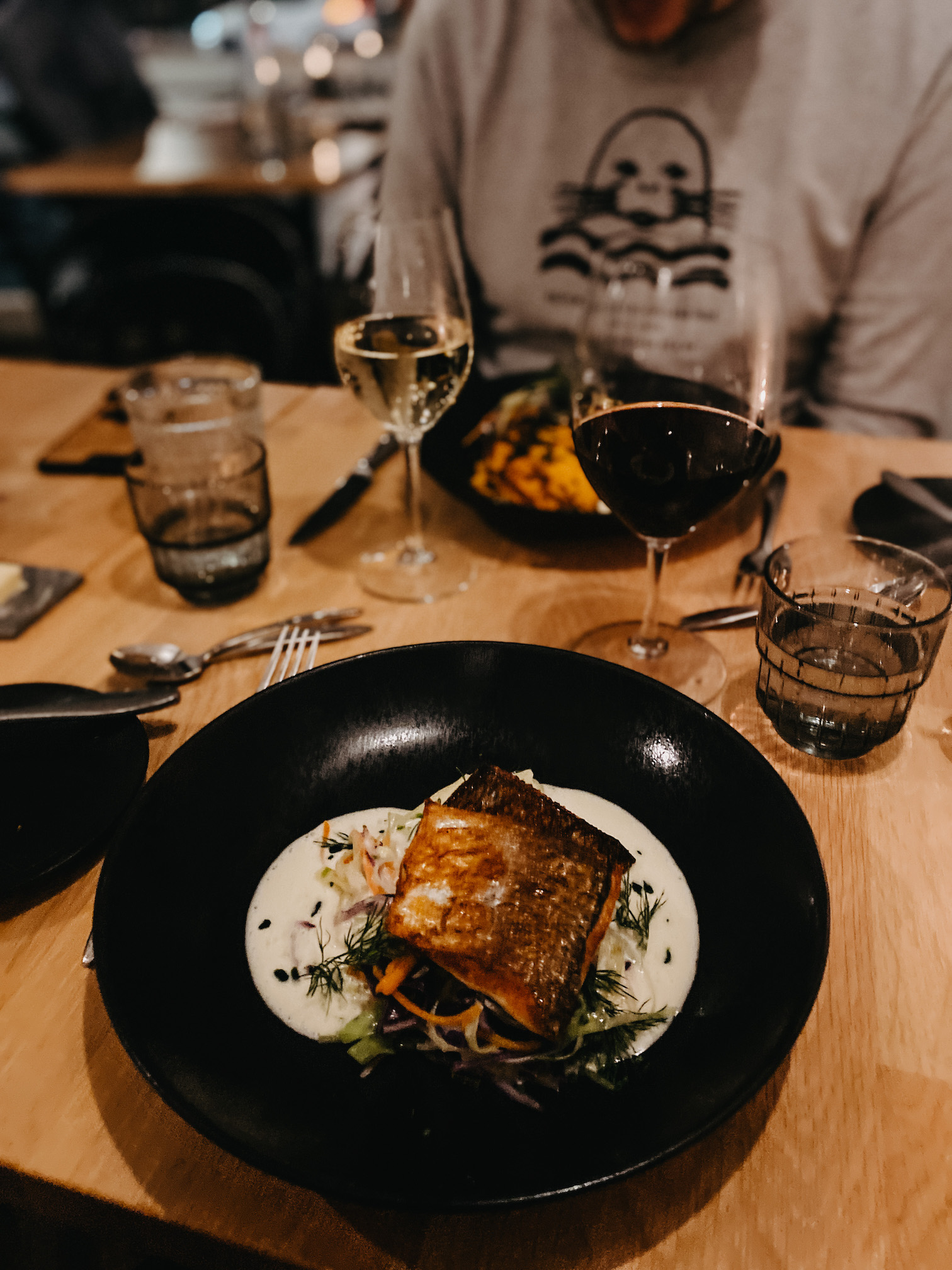 Aino is named after many famous Finnish ladies who are paid hommage to by art pieces in the restaurant. The classic Finnish dishes are served in a modern interpretation, and full of seasonal ingredients. A lovely date night location, and great to combine with a visit to the opera or the ballet which is just across the street. 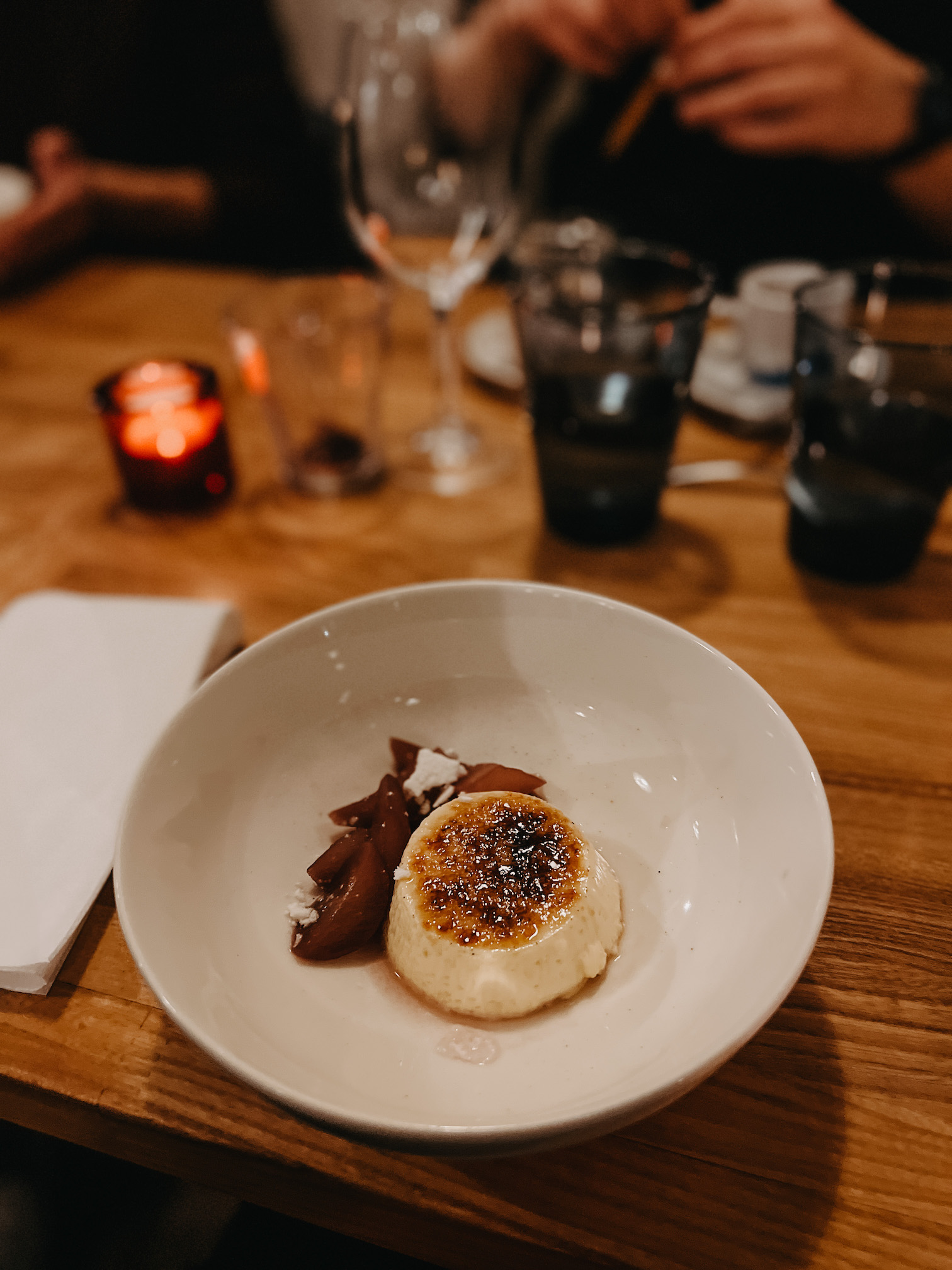 KuuKuu is a local favourite amongst local Finnish restaurants, which is open every day of the week which is great. They offer popular classics such as sautéed reindeer and salmon soup, their Helsinki menu is well-known! Lovely service, too.

Kappeli is not only a stunningly beautiful building, and alone for that a visit is always worth it, but their menu is also full of classic Finnish dishes. Their salmon soup is great for a lunch date, the evening menu makes for a cozy elegant evening out. I especially recommend their blinis in the winter season. 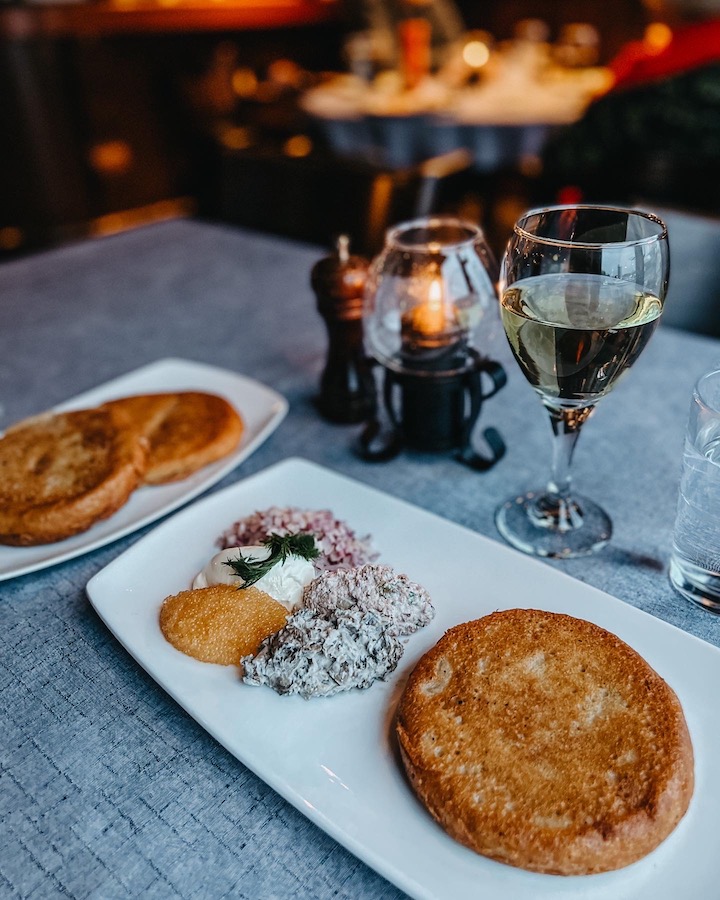 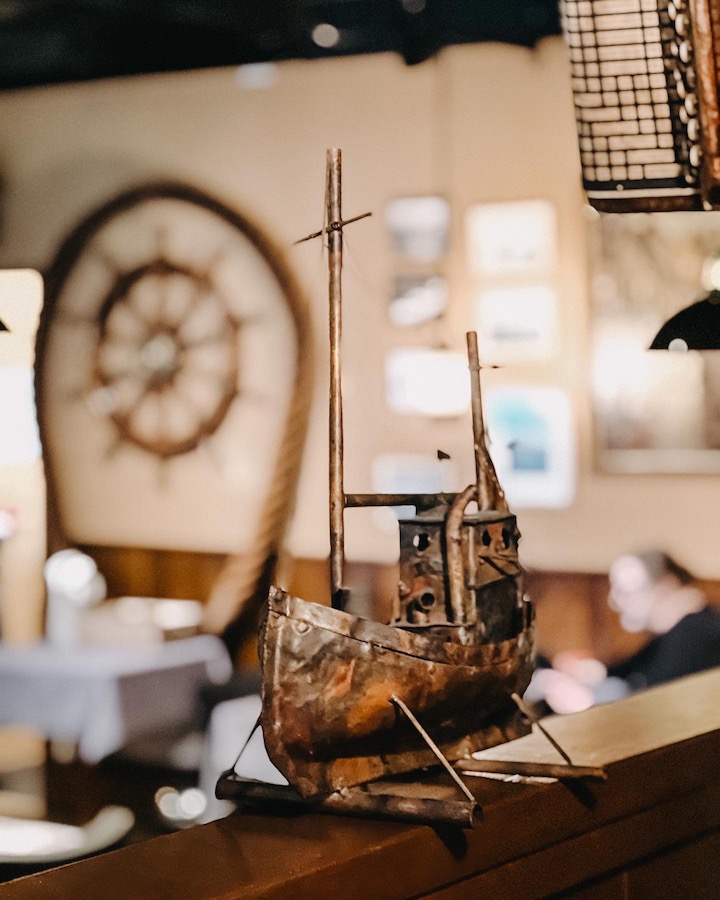 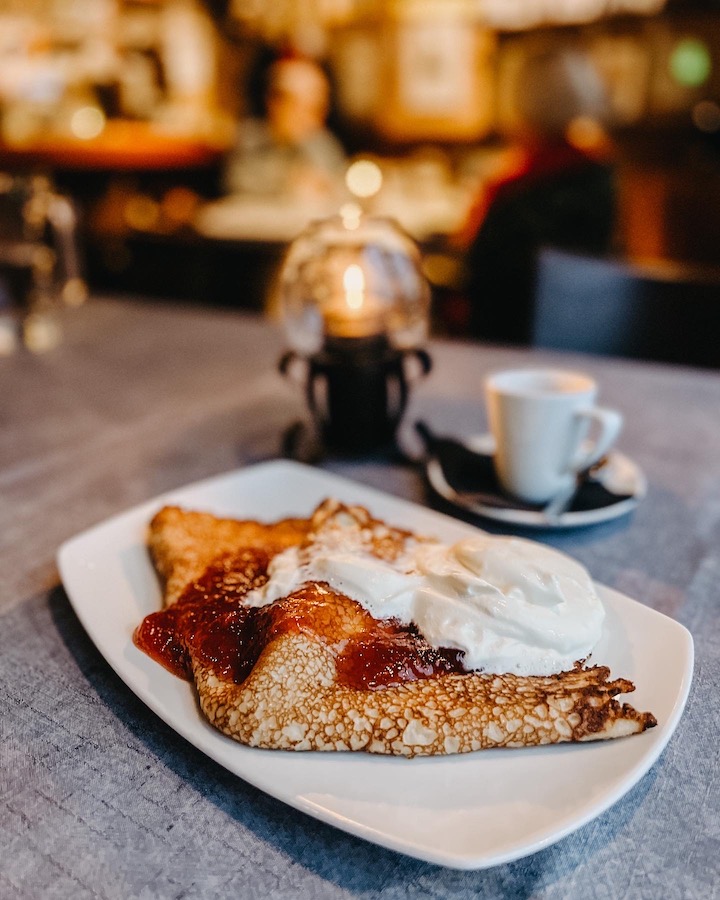 My parents favourite restaurant is another Helsinki classic, and great for traditional options such as meatballs or blinis, when it’s the season. The maritime vibes are cozy and the view of the harbour fits perfectly. Don’t miss out on the lettu (thin Finnish pancake) from the dessert menu. 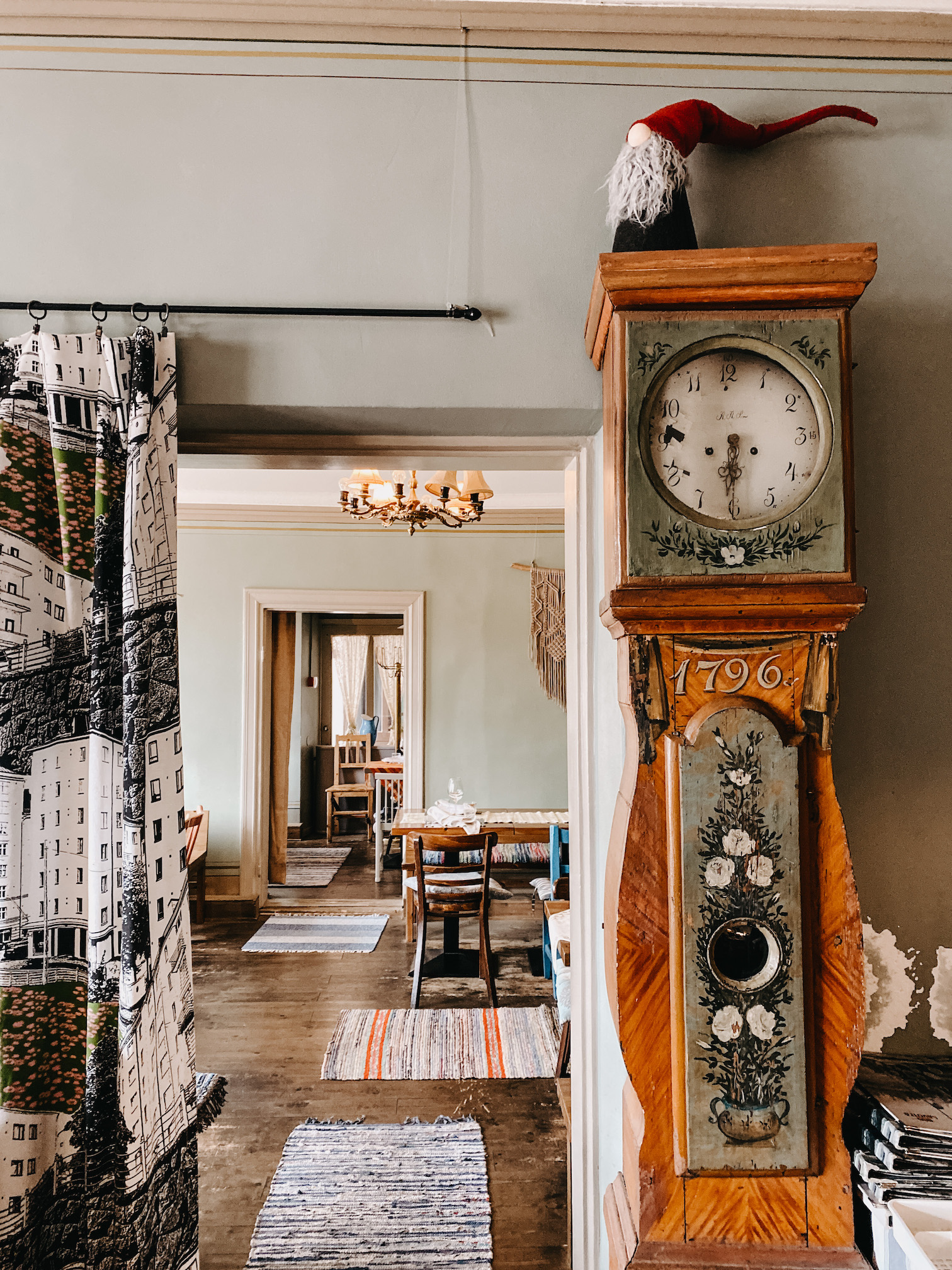 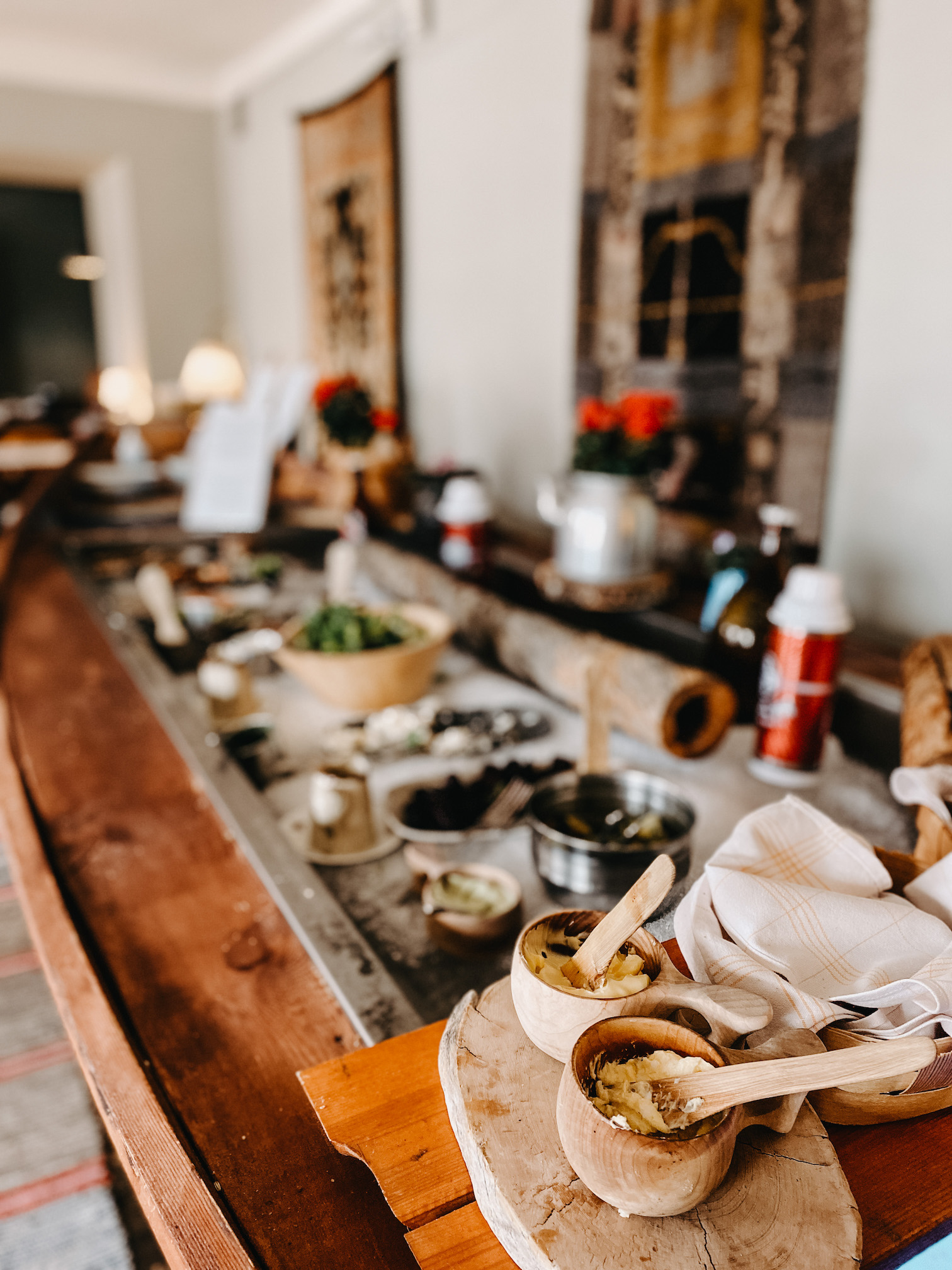 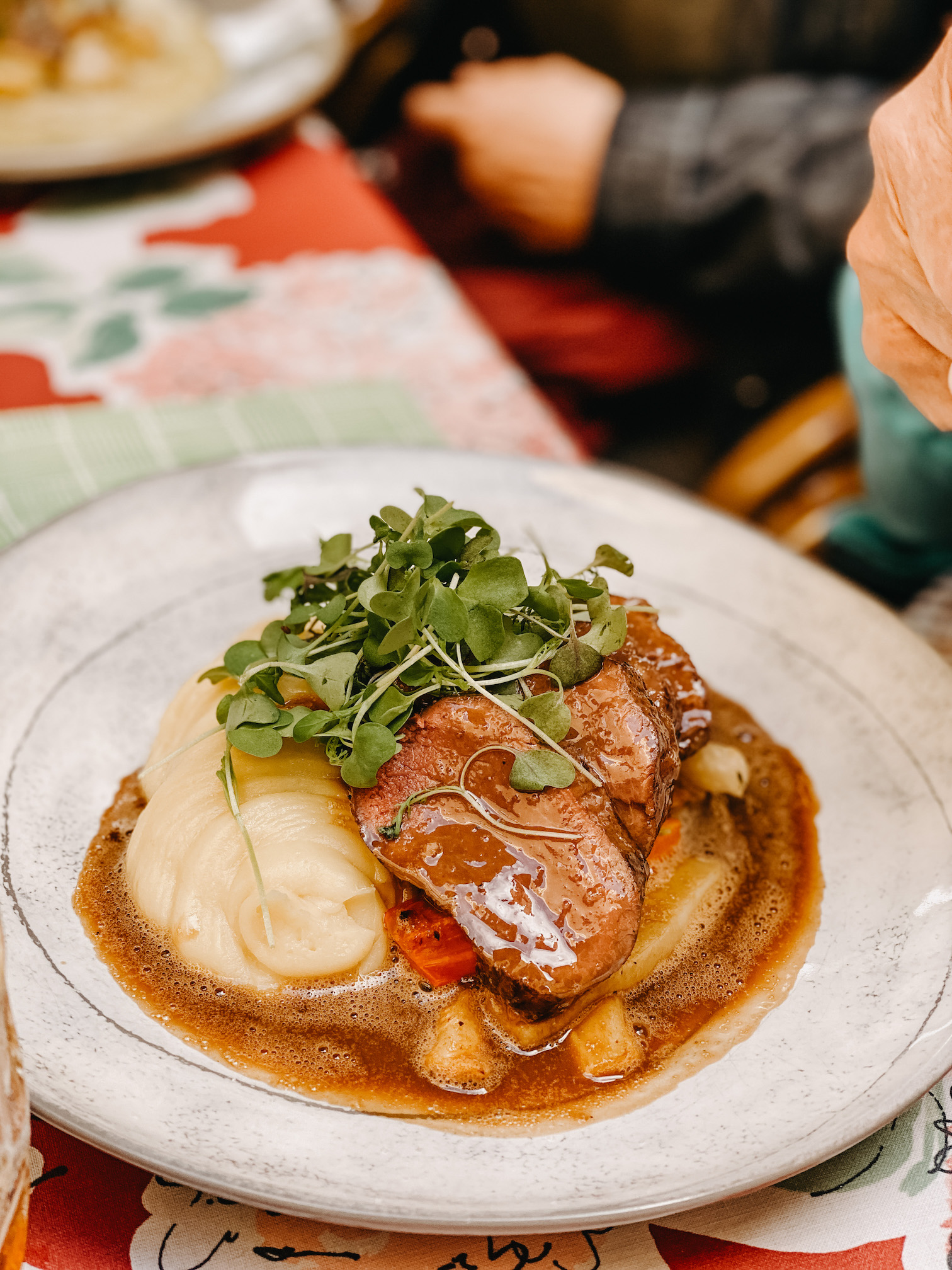 A favourite amongst visitors to the city who want a rustic Finnish food experience. There are menu options or à lacarte dishes available. The views from inside the restaurant of the Helsinki Cathedral are wonderful, in the summer the courtyard terrace is really lovely. 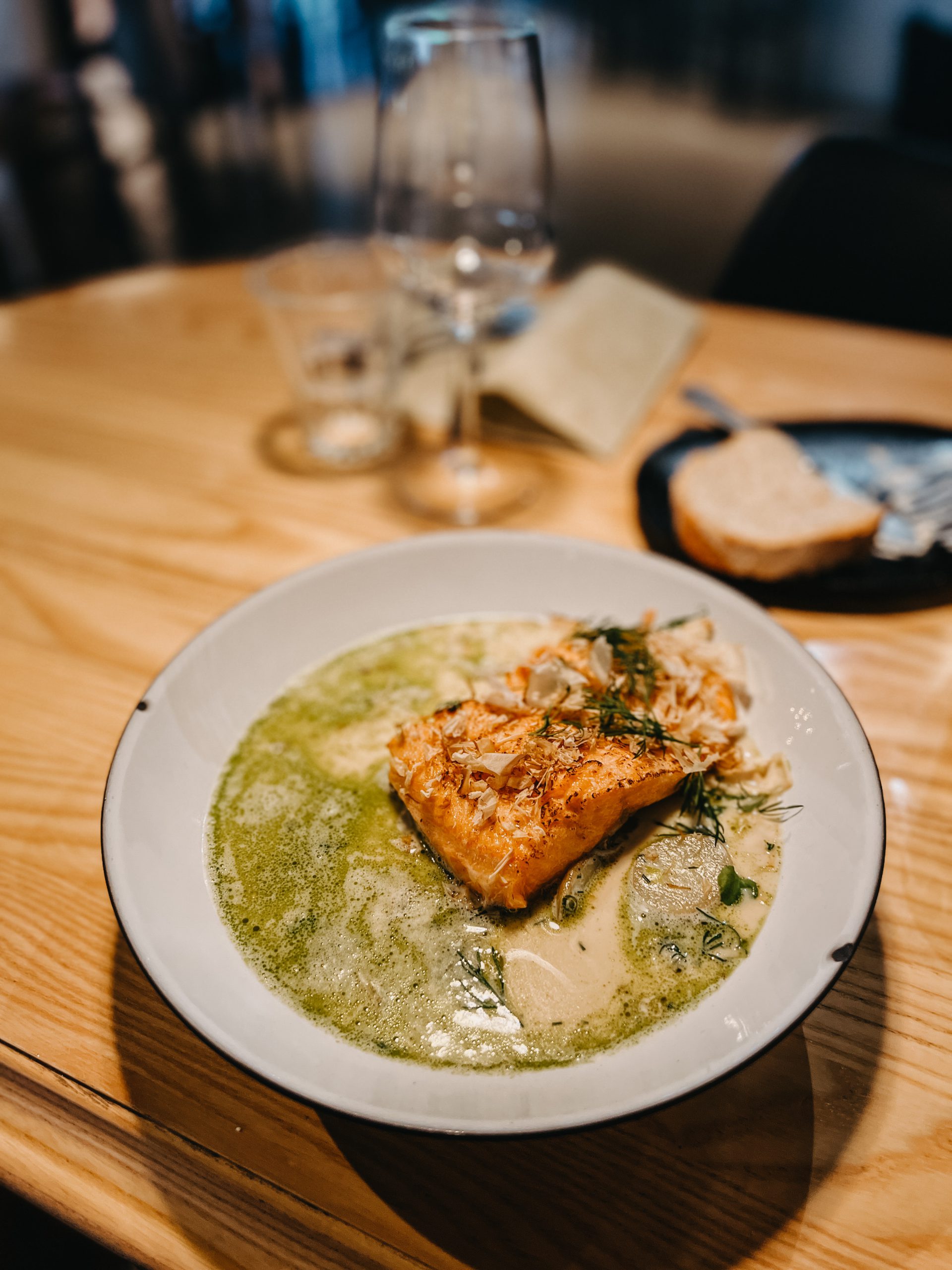 Fisken på Disken serves the best salmon soup in Finland – hands down. I cannot recommend it enough, and everyone who I have taken here is blown away. The smoked fish broth and the dill oil, the smooth potatoes and the salmon cooked to perfection – if you want to get the best Finnish salmon soup – this is the one and only place and worth every cent. 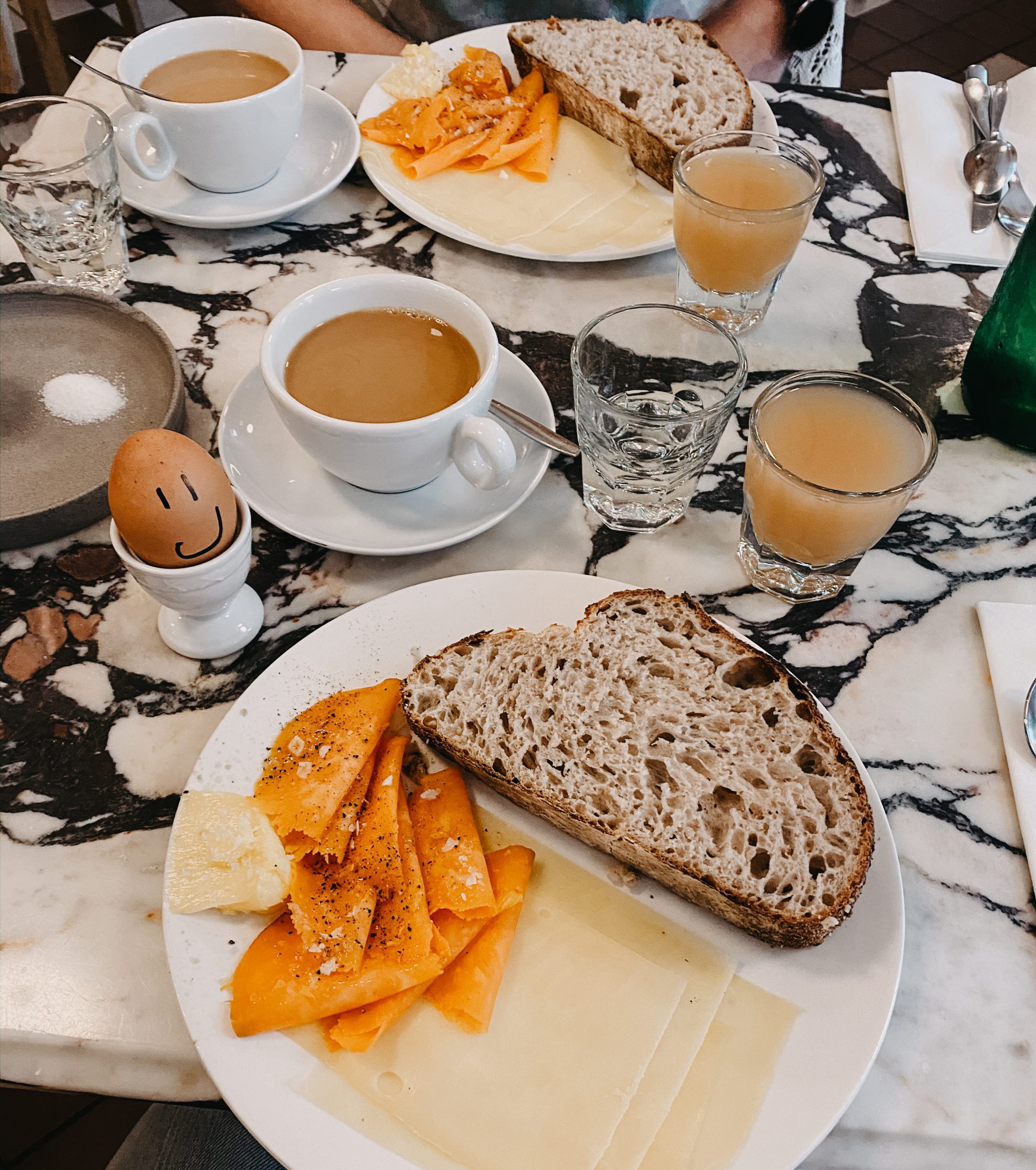