10 Things that have changed in Finland in 10 Years

Happy Finlandiversary to me! 10 years ago today, I landed in Helsinki to start my exchange program, which was supposed to be one year. Many years later, I am still here, and I couldn’t imagine myself being anywhere else. I always get a little melancholic on this day, and think a lot about how things have changed, how I have evolved and what things are like today. 10 years is a long time, and both Helsinki as a city and Finland as a whole, has changed a lot. I asked around a bit and put my mind to it – here are 10 things that have changed here in the last 10 years. Not all good – but mostly things have changed for the better.

Not gonna lie, when I first moved here, it was pretty tricky to find a good meal. Finnish food doesn’t have a great reputation, and the restaurant scene wasn’t particularly diverse or exciting. With the years, it has been absolutely wonderful to see a greater variety of different concepts and cuisines all over the city of Helsinki, but also over in other bigger cities such as Tampere and Turku. It’s been a delight to witness this transition, and also to see the food and the culinary scene develop into something that really deserved its recognition, starting with the first proper boost with the #foodhelyeah campaign in 2016 and innovative ideas such as Restaurant Day, that allowed everyone to set up their own pop-up restaurant for a day, which has lead to whole new cuisines find their market entrance (such as the first Filipino restaurant).

Another shift in the food department has been the focus on natural pure foods, such as Wild Food, and a general greater appreciation for Finnish products and its history. Many Finnish restaurants take traditional dishes or basic Finnish food staples and interpret them in a new way. One of the first was Juuri, nowadays other places such as Nolla (also see point #7).

Many of the Nordic countries have proven that digitalisation is nothing to be afraid of, and how a proper and thoughtful execution can make everyone’s life easier. Anything from general bureaucracy to banking or healthcare – in Finland things happen digitally and they work. You’re moving? Cool – just update your personal info in the central register and all your contract information at your mobile phone provider, insurance, post office – you name it – will be updated automatically. There is great trust in the system here and I’m so glad it is that way.

When I asked around, what changes people have most notably recognised in Helsinki or Finland over the last 10 years, internationalisation was the most mentioned point. And it’s true – all the statistics speak for themselves. How does that translate into daily life in Helsinki? Well, speaking of the diversity in the food scene referenced in #1, it does show in a greater representation of different options in restaurants, delivery options; but also through more product variety in grocery stores. Aside from food (which is clearly my fave topic), you definitely see a growth in Expat organisations and groups, you hear more different languages on the streets and in the offices. While Finland does have a long way to go in using the potential that immigration can bring, it’s been really assuring to actually see the change reflected not only in my belly, but in the numbers.

Now, while recycling and sustainability is certainly not a movement unique to Finland, some aspects are.

Finland’s second-hand culture and mentality for the importance of recycling for instance, is quite special. The community around finding used items, design gems and special pieces in countless second-hand shops around the country, is unlike I’ve heard about it elsewhere. The mentality does feel different, and it’s not just about saving money, but the sustainability and ethical aspect of purchasing used goods is prevalent here, as well as the wish of the Finns to stand out (to an extent). Also grassroot initiatives such as the Siivouspäivä or Cleaning Day, where everyone can sell anything, anywhere – are certainly unique to Finland. Read more.

Also, innovations such as the underground pipe waste disposal system in newly developed neighbourhoods such as Jätkäsaari, are changing the way recycling is approached, as is the general notion towards producing less waste to begin with. The focus is stronger and so is the commitment of the people.

Another thing that certainly has changed all over the world to an extent, but it’s still important to bring up for Finland as well: the new thinking about mobility. I was the happiest when the City Bikes when launched in Helsinki already in 2016: a shared bicycle system that allows you to pick up and drop off a bike at stations all around the city. By now, Turku has them too, and for me and many others, it’s been a total game-changer, tying in beautifully with the expansion of the bike lanes in Helsinki over the last years, making it truly the most convenient – and lovely – mode of transport. In addition, the market entrance of the electric scooters (love them or hate them) has changed the landscape of transportation as well.

Most notably: Helsinki is determined to be a car-free city in the future. The aim is to create a public transport and alternative transport network that will make life so smooth and easy that people won’t feel the need to own a car. Which – in the city – makes perfect sense to me, and it’s the right way forward.

6- A new appreciation from locals

This was probably the first thing that came to my mind. Whenever I told people, that I decided to stay to live in Helsinki voluntarily after my exchange year, 9 or 10 years ago, I’d get sceptical looks and very confused “but…WHY?!”-questions. Finnish locals just couldn’t understand, why I wanted to stay here. On purpose. My reasons were always clear to me: I like the proximity nature, I don’t like heat, people leave you alone if you don’t want to engage, hotel lobbies play Sentenced even years after they disbanded. I mean. What a dream.

Since then, as you can tell from the purpose of this post, a lot has changed. It almost seems like the Finns have understood how special their beautiful country is. The more I bring up the conversation, the more I feel this way: Finns (like people in many other places probably) had been taking things for granted, yet the international spotlight and subsequent comparisons have put things in perspective (see #8). Nowadays, when I share my story, the questions is “What made you stay?” in almost excited curiosity, no more wondering.

Okay, now we all know Nokia and Marimekko, cool. Those brands that stand for a nation and that are visible all over the place, those that everyone forms an instant association with. Well, we have more now! Both new companies, but also traditional companies – the last 10 years have put them on the map. Finnish brands and companies have managed to build an international name for themselves, that even make the Finns proud (and we all know they are a humble folk). Things that come to mind are the Kyrö Distillery (who finally released their Rye Whisky!), Supercell, Slush, Ivana Helsinki are just a small handful that have made international headlines (all for different reasons) in the last years.

8 – Finland stands for more than Sauna and Snow

I guess it does all tie in with each other – but it does go along with travel, tourism, and the stereotypes that Finland came with. While the basic clichés probably still apply to an extent (I mean yes, the sauna thing is absolutely all true), Finland has been in the discussions more for things like “the happiest country”, “most livable cities”, “safest country”, “best to raise children”, “the most freedom of press” and the like – over the years the buzzwords that come to mind with Finland, are very different ones.

Read more about the International rankings of Finland

9 – The metal scene has subsided

Well, to an extent at least. And no, not all the things that have changed are good. 10 years ago, bars like PRKL, Bäkkäri and Heavy Corner were almost holy sites for international visitors and the local metal scene alike – in all its forms. Nowadays, none of these groundbreaking places exists any longer, despite them having existed for many years. I’m not sure what happened. Now with many venues also disappearing, Nosturi, Virgin Oil and Circus, just to name a few, have closed in the last year. This is pretty sad, to be honest – because many of those places were really what defined Helsinki as the Metal Capital of the world. Yet still: with the most metal bands per capita, it doesn’t mean the scene is dead, obviously. There are still places like Tavastia, The Riff and On The Rocks, the Metal student union of the universities are also active and full of happy members, Tuska and Nummirock are just two of many festivals – but it’s not what it used to be. While I have outgrown my active affinity for the genre, it always felt like home (maybe my Sentenced mention gave it away. Also I really miss Trash Disco at PRKL).

Obviously. But let me tell you, it’s been really wild. I remember – during my first year in Finland, the first snow came on October 27th – and it stayed. There was still snow in mid-May, perhaps even longer. In 2020, we barely had any snow. A snow-free Christmas and New Year’s Eve were unheard of, but now it starts to seem like the norm. The sea used to be frozen thick, with natural skating rinks all around the coasts, now I haven’t seen one in years.

Rising temperatures change everything here in Finland: tourism (especially in the North the businesses that rely on winter tourism have been in a lot of trouble), without snow the darkness is all the harder.

And on the other side of the spectrum, hot and humid summers like in the last years are a bit weird as well. While summers in Finland have always been beautiful and with the perfect temperatures, it has changed. Nowadays, newly built apartments often come with aircon. Climate change is real. And we have felt it here. The photos kinda speak for themselves.

Luckily, we can start by referring to #5 – the Climate crisis has been recognised here and we’re fortunate that we have a government that is ready to take serious action and set ambitious goals – in many aspects. Hopefully, other countries will see it as an example and will join Finland in this journey.

Did I miss anything or do you disagree? Share in the comments! 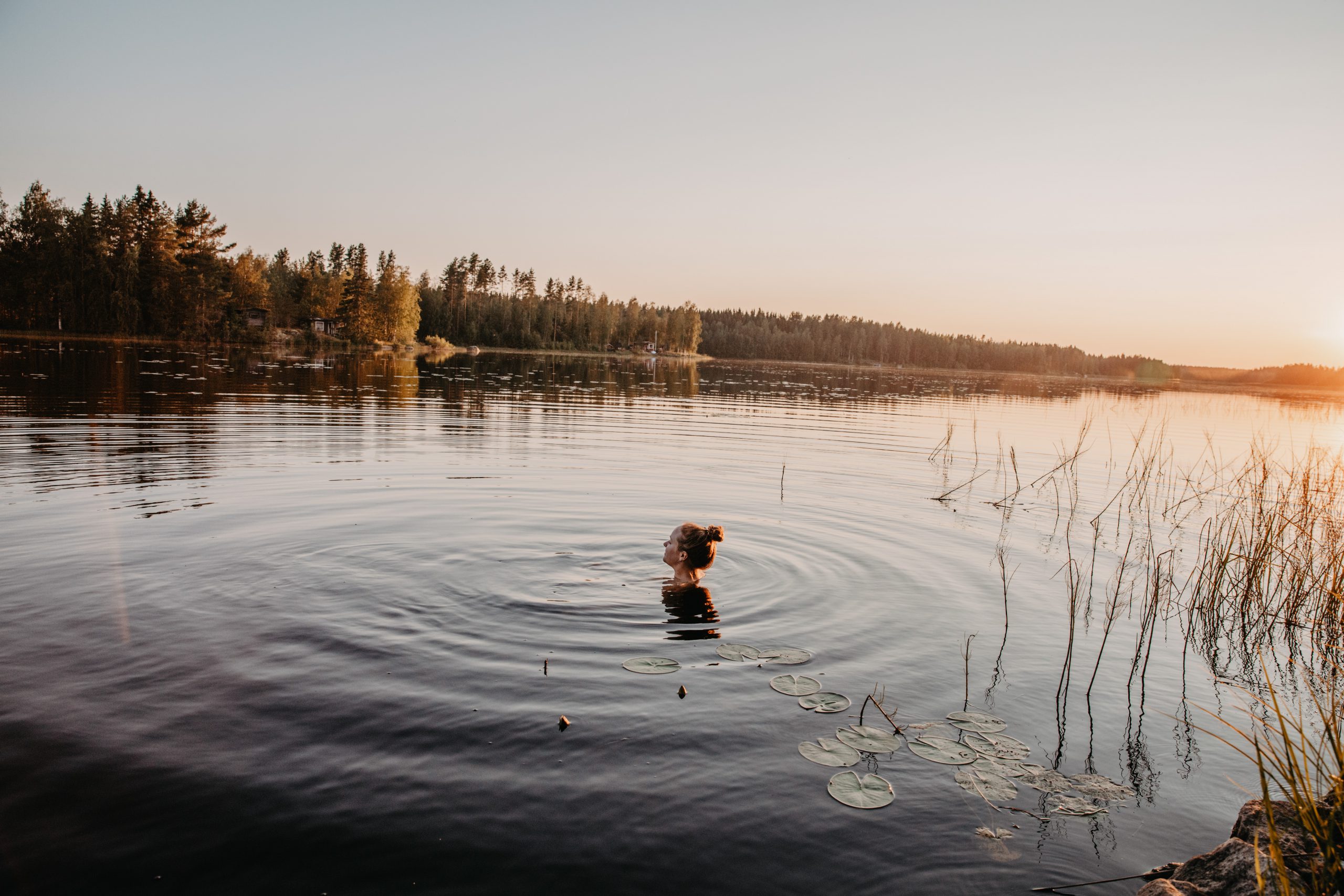 Everything you need to know about summer in Finland 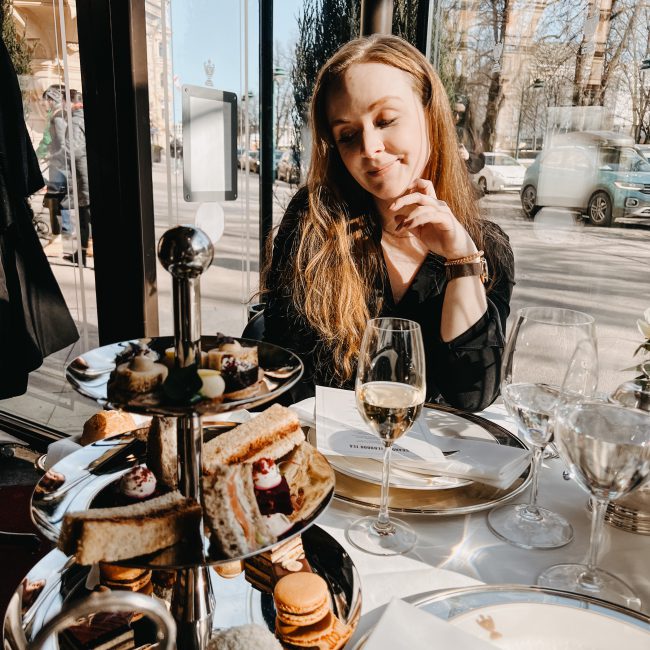 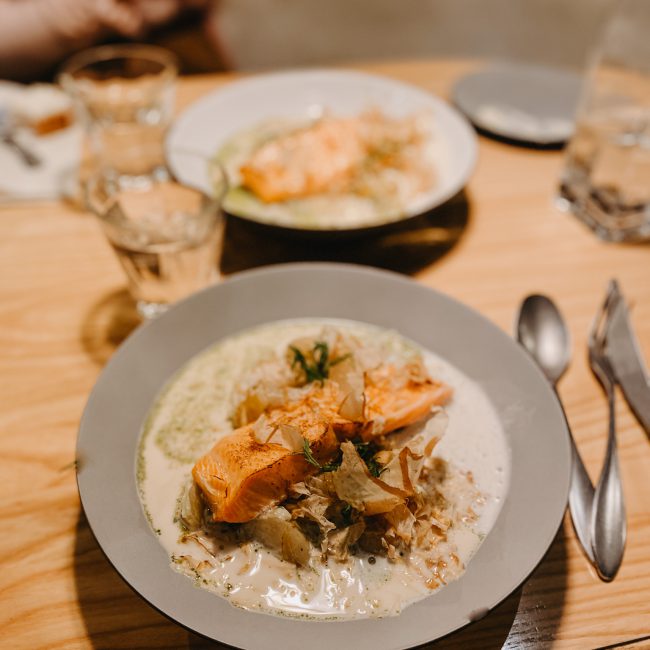 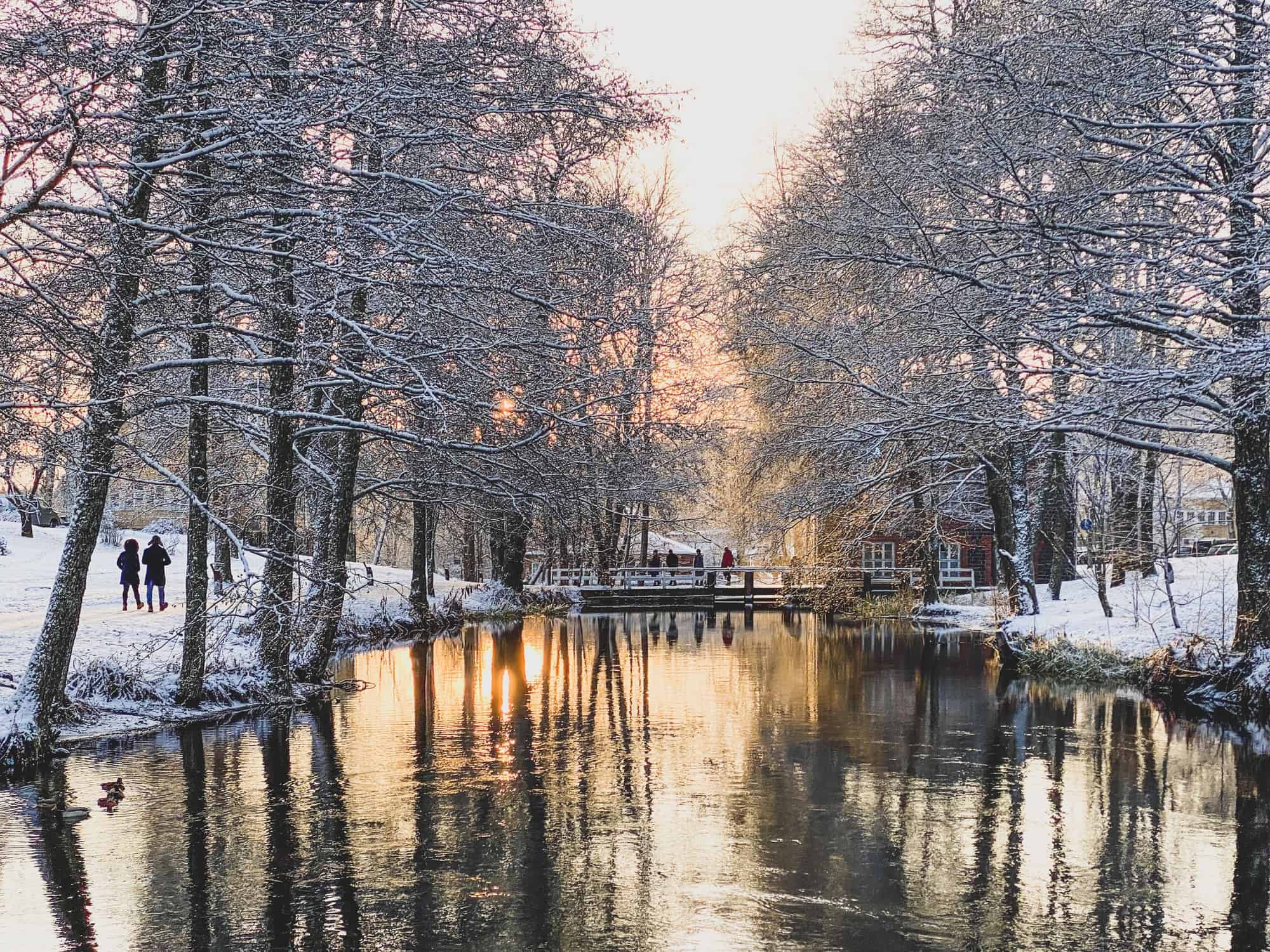 Finland, Guide, Lifestyle, What to Do & Experience, Winter

Winter magic in the Archipelago

Prev. article
Rugged nature and beautiful Wilderness: a day hike in Porkkalanniemi
Next article
Helsinki: Best places to get some work done
TOP